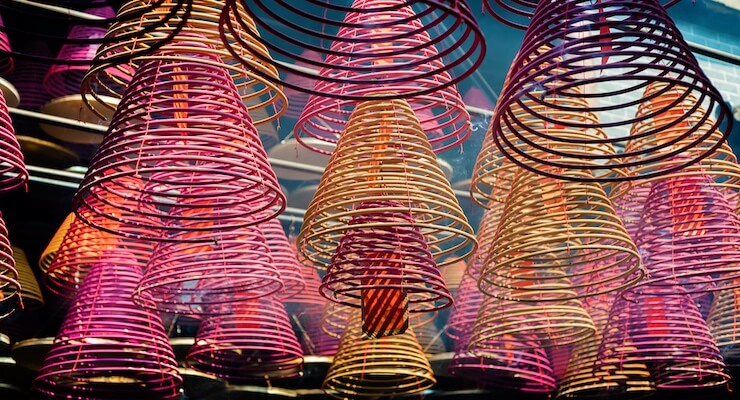 Tin Hau, Goddess of the Sea, is believed to have been able to forecast the weather and save people from shipwrecks. Fishermen visit temples making offerings and hold a variety of celebrations asking for safety, fine weather and full nets.

On the birthday of Tin Hau, festivities happen in more than 70 temples around the city dedicated to this goddess. 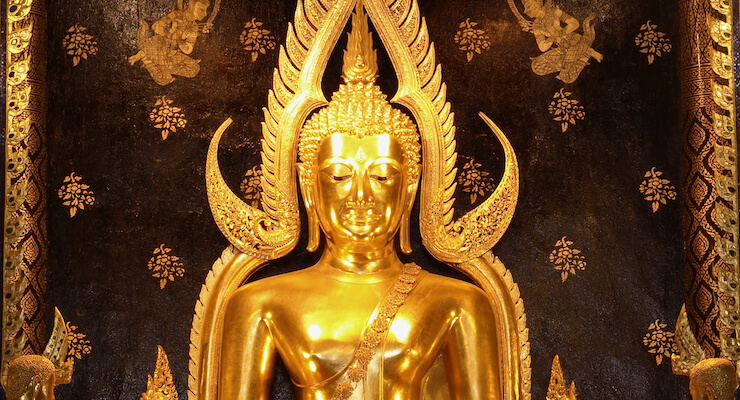 One of the most spiritual and unique festivals celebrated in Buddhism is the birthday of Lord Buddha, also called the Bathing Buddha Festival. At Buddhist temples all over the territory, devotees gather to pay their respect to this revered deity with a ‘Bathing the Buddha’ ceremony.

Worshippers pay respect to the Buddha by bathing a small statue of him. According to legend, nine dragons sprayed water to bathe the baby Buddha at his birth. To commemorate this, worshippers take part in a unique bathing ritual believed to aid in the purification of one’s soul. Another ritual involves eating bitter green cookies with the significance that once you have eaten something bitter, better things are to follow. 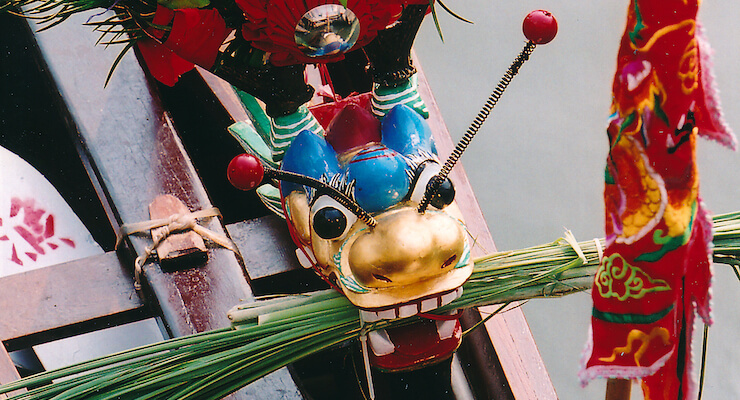 During the Dragon Boat Festival, tradition calls for the eating of rice dumplings and the racing of dragon boats. According to legend, this festival commemorates the tragic death of the honest and learned minister of state, Qu Yuan, who always advocated for the good of his people.

During the annual Dragon Boat Festival, three fishermen associations in Tai O organise a religious activity known as a deities parade. In the morning before Dragon Boat Festival, members of the associations row their dragon boats to visit four temples – Yeung Hau, San Tsuen Tin Hau, Kwan Tai and Hung Shing, and carry the deity statues to their associations’ halls for worship. On the day of the Festival, the deity statues are put on sacred sampans towed by the dragon boats of the associations to parade through Tai O waters to pacify the wandering water ghosts. Residents of the stilt houses along the watercourses burn paper offerings as the dragon boats pass by. The deity statues are then returned to their respective temples after the ritual. 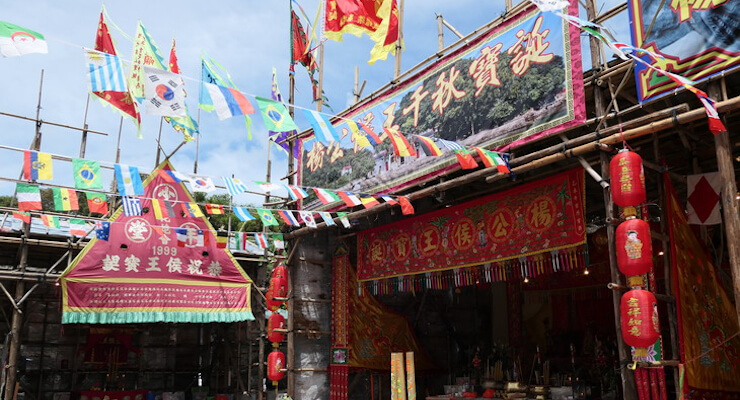 Each year, residents of the Tai O fishing village have a lively celebration for the birth of Hau Wong with performance of Cantonese opera. A temporary bridge is built between the temple and the opera especially for the Hau Wong god to cross the river in earlier years. The Hau Wong deity’s altar is set up with a clear view on the Cantonese opera stage. 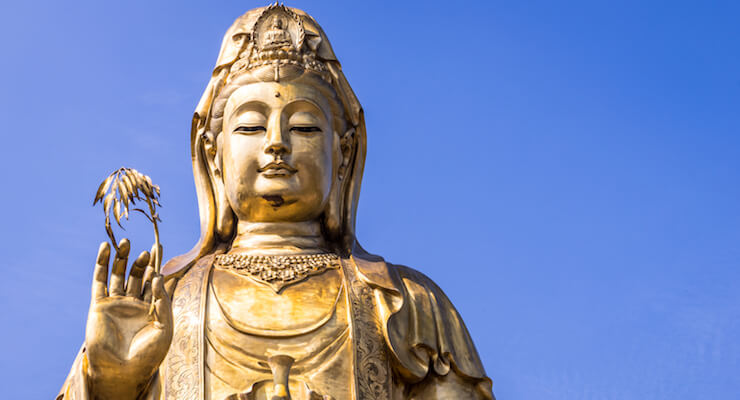 On this day, believers burn joss sticks and some offer oil for Guanyin’s ever-burning lamp and pray for health and peace. The places of worship are solemn and grand. Incense and flowers are also offered to Guanyin. 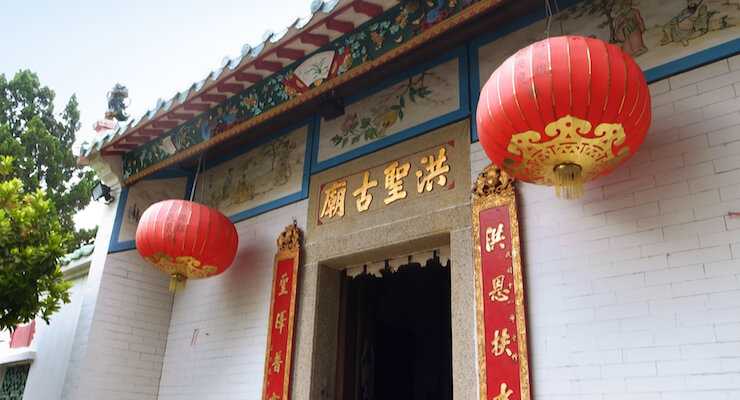 Hung Shing was a government official named Hung Hei during the Tang dynasty. A governor of Panyu, he was knowledgeable in astronomy and geography and helped merchants and fishermen with his ability to forecast the weather. Legend has it that Hung Shing continued to guard the people against natural disasters even after his death.

To commemorate this deity, fishermen along the South China coast built temples to worship him. 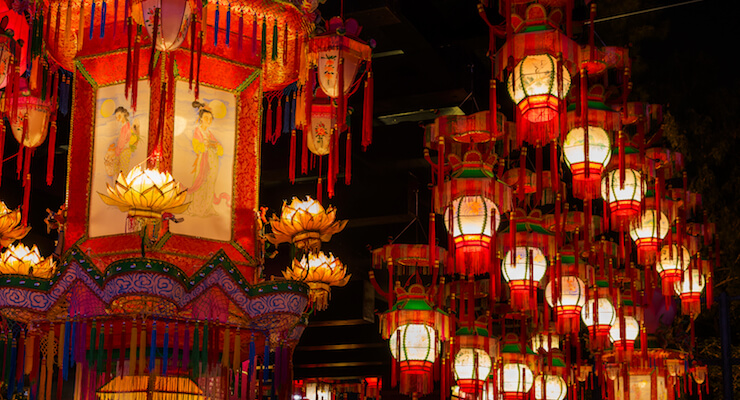 At Mid-Autumn Festival, people gather under the full moon to enjoy moon cakes and reminisce on the legend of Chang’e, the lunar goddess. Each year, large Mid-Autumn Festival lanterns created by traditional handicrafts are hung along the waterways in Tai O. 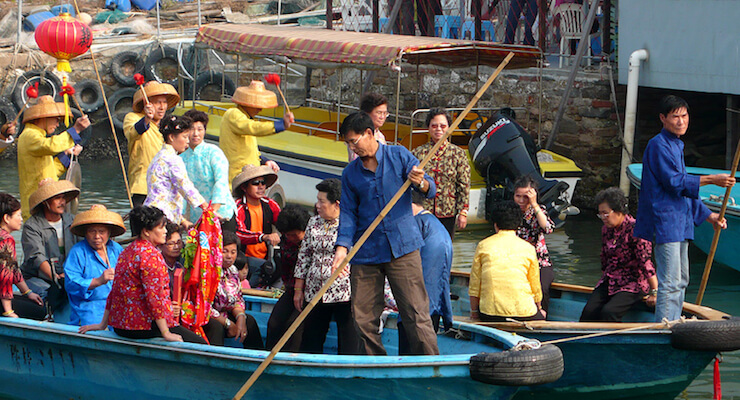 Visitors can experience some of the unique rituals and culture of the Tai O fishing village, including the boisterous traditional water wedding, a special ceremony in which beautiful brides travel among the stilt houses by sampan.